The music of composer Nick Peros has received wide acclaim from critics and audiences alike. A prolific composer with over 200 works in his catalogue, Peros is fluent in symphonic, orchestral, choral, vocal and chamber genres. 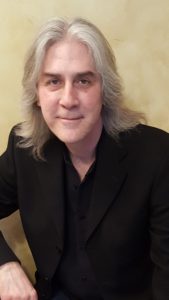 Peros has been composing exclusively classical concert music since 1987, with his earlier works being primarily for solo and chamber ensembles, as well as for solo voice & piano. He has since composed in virtually every genre, with a number of his works receivinga high international profile. In 1992 Peros composed his symphony Isumataq, for full orchestra and choir, as part of an artistic collaboration with Canadian painter Ken Kirkby.  In March 1993, the Isumataq project was recognized by the Canadian government as a work important for Canada and Canadian culture - a special ceremony held in the Canadian Parliament, House of Commons to pay homage to Isumataq was attended by Canadian Prime Minister Brian Mulroney, the Speaker of the House, the Party leaders and the Members of Parliament.

In 2002 Peros composed Prayer of Consolation, a large scale a cappella choral work composed to commemorate the events of 9-11. Featuring a Biblical text compiled by Peros to reflect a dialogue between God and Man on the events of 9-11, Prayer of Consolation received its world premiere on September 10, 2002, in Washington DC at Washington National Cathedral, performed by The Palestrina Choir, as part of the US commemorations of the First Anniversary of 9-11.  Portions of the concert were broadcast nationally across Canada on CBC Television as part of CBC’s First Anniversary commemorations.

Peros’ debut CD, Motets (Phoenix Records/Canada) was released in 1999 and features 20 a cappella choral works that cover a wide range of choral composition, encompassing both rich polyphony as well as chordal textures, and composed for choirs of two, four and five parts.  Peros’ second CD, Songs (Phoenix Records, 2000) features 31 songs for solo voice & piano with texts by Emily Dickinson, A.E. Housman, William Wordsworth, Robert Louis Stevenson, William Blake and, most notably, Emily Brontë – 17 of the 31 songs on the CD are settings of Brontë's poetry, with some songs being the first time that Brontë's poems have been set to music.  His CD Soliloquies (Phoenix Classical, 2012) features various works for solo instrument, including "Five Poemes for Solo Piano"; "Eden", for solo flute and "Suite No. 1 for Solo Cello".